I'm based in West Sussex but am happy to take on work anywhere within the South East of England.   The following are some examples of memorial work that I've produced using limestone and slate. The majority of which  have been quarried in the British Isles.

The tools used for cutting the letters on these memorials are very simple.  Chisels, ranging in size from 5 to 15 mm, a small steel mallet known as a dummy, a heavy duty easel or some other means of supporting the stone at a convenient working height, are all that are required.  Over recent years, the introduction of tungsten tipped chisels has improved the durability of the cutting edge of the chisels , but that apart, the tools have hardly changed over the centuries.

V cut letters, particularly in the case of pale limestones, rely mainly on light for legibility.  Some contrast in colour and texture, between the cut surface of the letter and the surrounding stone surface, is produced by the chisel, but it’s the subtle and changing play of sunlight across the surface of the stone that gives them their real quality.

In some situations there is an argument for painting the letters; when the stone is in shade, or lying flat on the ground, or the stone does not alow the chisel to generate sufficient contrast.  Should this be the case, then with limestone, a colour that contrasts well with the stone, or refects a naturally occuring shell colour within the stone would be a good choice.  In the case of slate, painting is more successful, as it is possible to use grey paint to enhance the natural contrast generated by the chisel.

Weathering is a natural and an invertible process blending the stone with its surroundings and often enhancing its appearance.  However should you want to maintain the clean look of the stone for as long as possible, then cleaning with a soft brush and water is best.  A very small amount of detergent can be added to the water 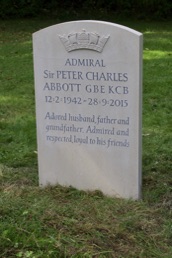 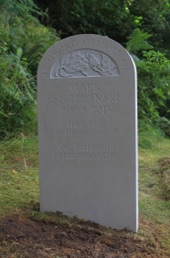 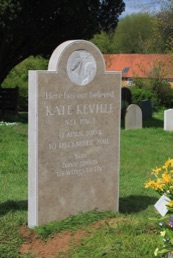 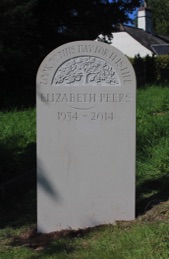 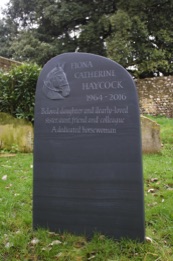 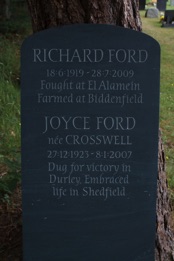 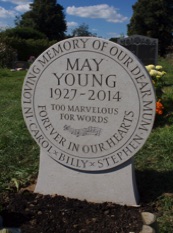 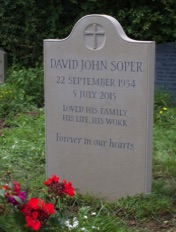